When Paul Wilmot, the former head of his eponymous fashion PR firm, left New York for Miami this past July, it was only fitting that he would call upon a like-minded confidant to design his new home: Andrew Galuppi, who had previously worked in public relations for both Oscar de la Renta and Calvin Klein.

“Fashion always seemed so fleeting to me,” Galuppi says. “I was relieved when my early fashion contacts called on me to create interiors that had a sense of permanence, and where I could showcase collected items that seem to surround those of us in the industry.”

Here, Galuppi shares his approach to designing Wilmot’s 59th-floor ocean-view apartment, as well as some insight on what it’s like switching gears from a fashion career to interior design. 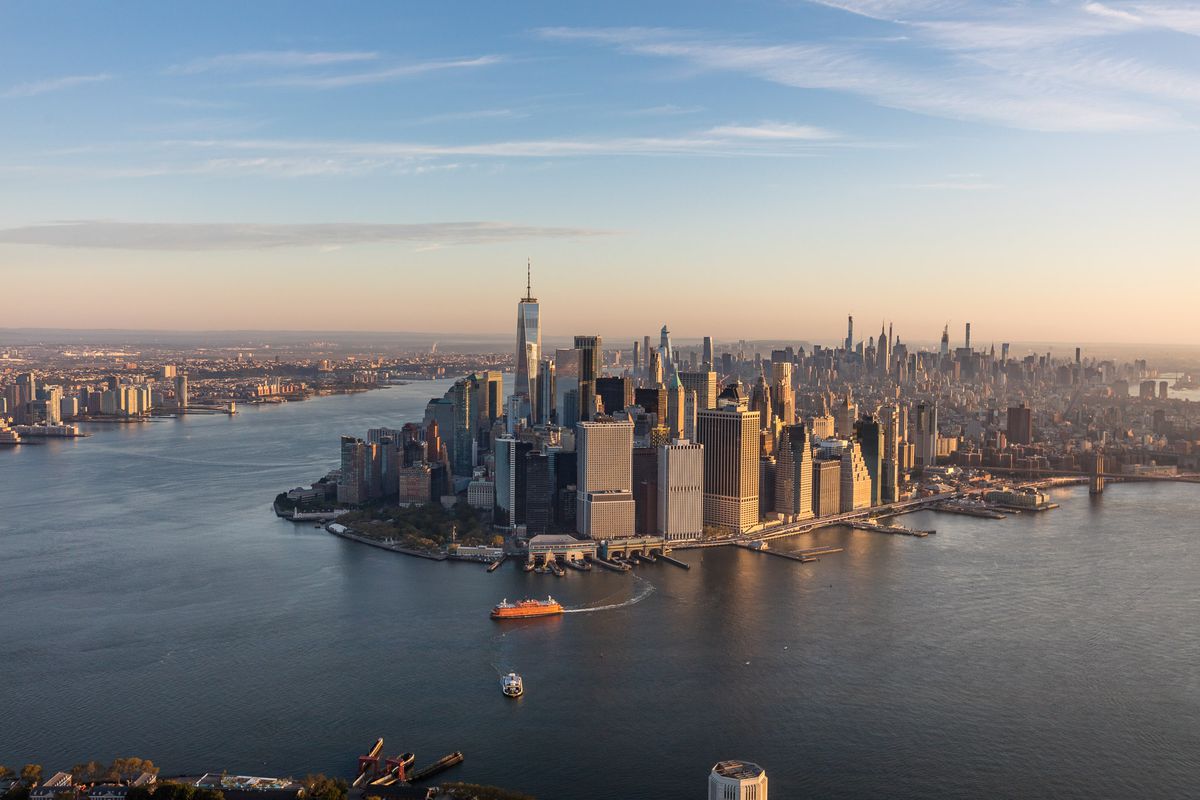 ELLE Decor: How did you make your move into the world of interior design?

Andrew Galuppi: While I was working for both Oscar de la Renta and Calvin Klein, I was exposed to their love of interiors. Both men had created incredible homes for themselves with very opposing styles. Today, I find that I have combined the two fields—I’ve incorporated a bit of the Calvin restraint with a heady dose of Oscar’s luxury.

Did your fashion background influence the way you decorated this apartment?

It always helps when a client speaks the same language as you. When you both come from a fashion background, you understand the importance of infusing a space with a sense of drama, grounded by a healthy dose of humor. Much like fashion, a successful interior is all about creating a mood and revealing a little bit about yourself through the things that surround you.

How did you and Paul meet and begin working together?

My best friend, Hampton Carney, who recently celebrated over 20 years at Paul Wilmot Communications and purchased the company last year, introduced me to Paul in our early New York City days. Paul had worked closely with both Calvin and Oscar, so we were all moving in the same orbit.

As fashion has been a big part of both of your lives, is it apparent anywhere in the design of this apartment?

Fashion is all about accessorizing and styling. I enjoy the process of layering a space with accessories and arriving with an overall feeling, similar to what a designer does when preparing for the runway.

Spending long hours on fashion sets gives you an appreciation for the medium, and you end up becoming friendly with well-known photographers. Some of the photos were given to Paul as gifts, and others were bought at auction. Presented alongside Paul’s cherished works by Diego Rivera, the fashion photography here is elevated to its deserved art form.

How would you describe the style of the apartment?

It’s casual, and nothing is too serious or precious. The ocean is visible from Paul’s perch on the 59th floor, so it made sense to mix a cosmopolitan, beachy feel into the modern space.

There are a lot of natural materials used throughout the apartment, like wicker and jute.

I was basically handed a glass box in the sky that was a little Miami-austere. Organic accessories are my calling card, and many of my design projects feature them prominently. I spend a lot of time in India, where I often shop for my clients—there is an abundance of handicrafts. Paul shares my love for all things made by hand, and this apartment gave us the perfect stage to feature his treasures from years of collecting.

Paul previously had a house in Miami and also an apartment in New York. Was it a big challenge transitioning to this space?

Paul’s previous Miami Shores home was a stage for him to entertain on a grand scale with his legendary early Art Basel parties in the courtyard and around the pool. This new space cocoons and nurtures a more private life. It’s an apartment that will allow Paul to host friends on a smaller scale and give him the freedom to travel on a whim.

How did you incorporate pieces from the New York apartment into Paul’s new Miami abode?

Anyone who has ever downsized knows that it’s an optimal time to streamline and pick only the best of the best to move with. It’s a time when a decorator like me comes in handy to help with the tough editing decisions. The client is then rewarded with seeing favorite pieces brought together in energized new surroundings.