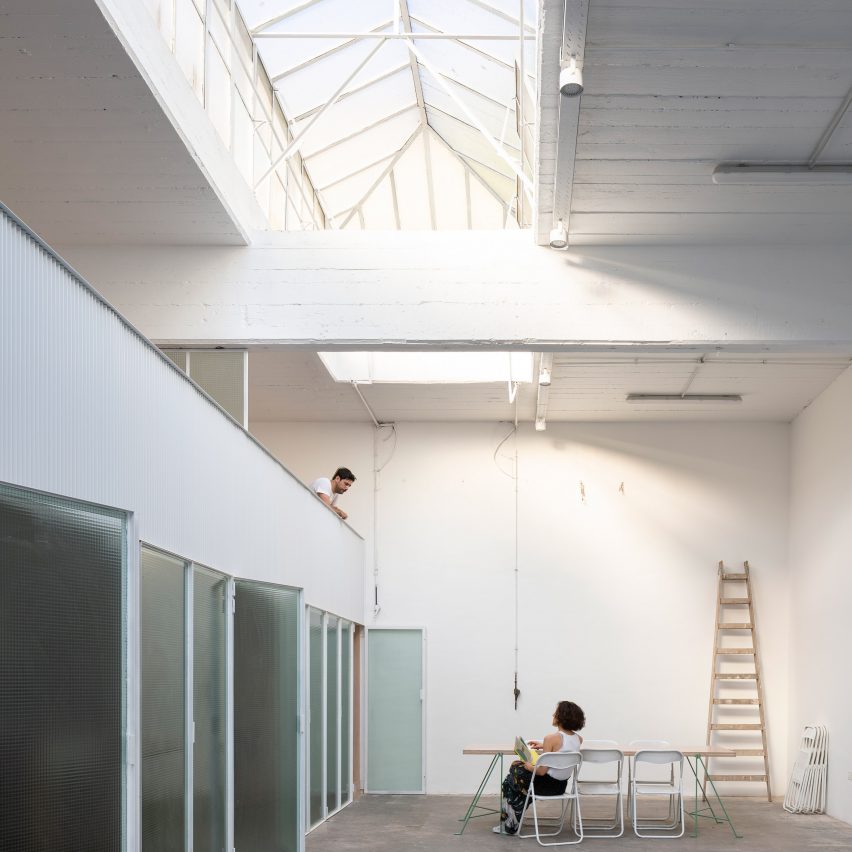 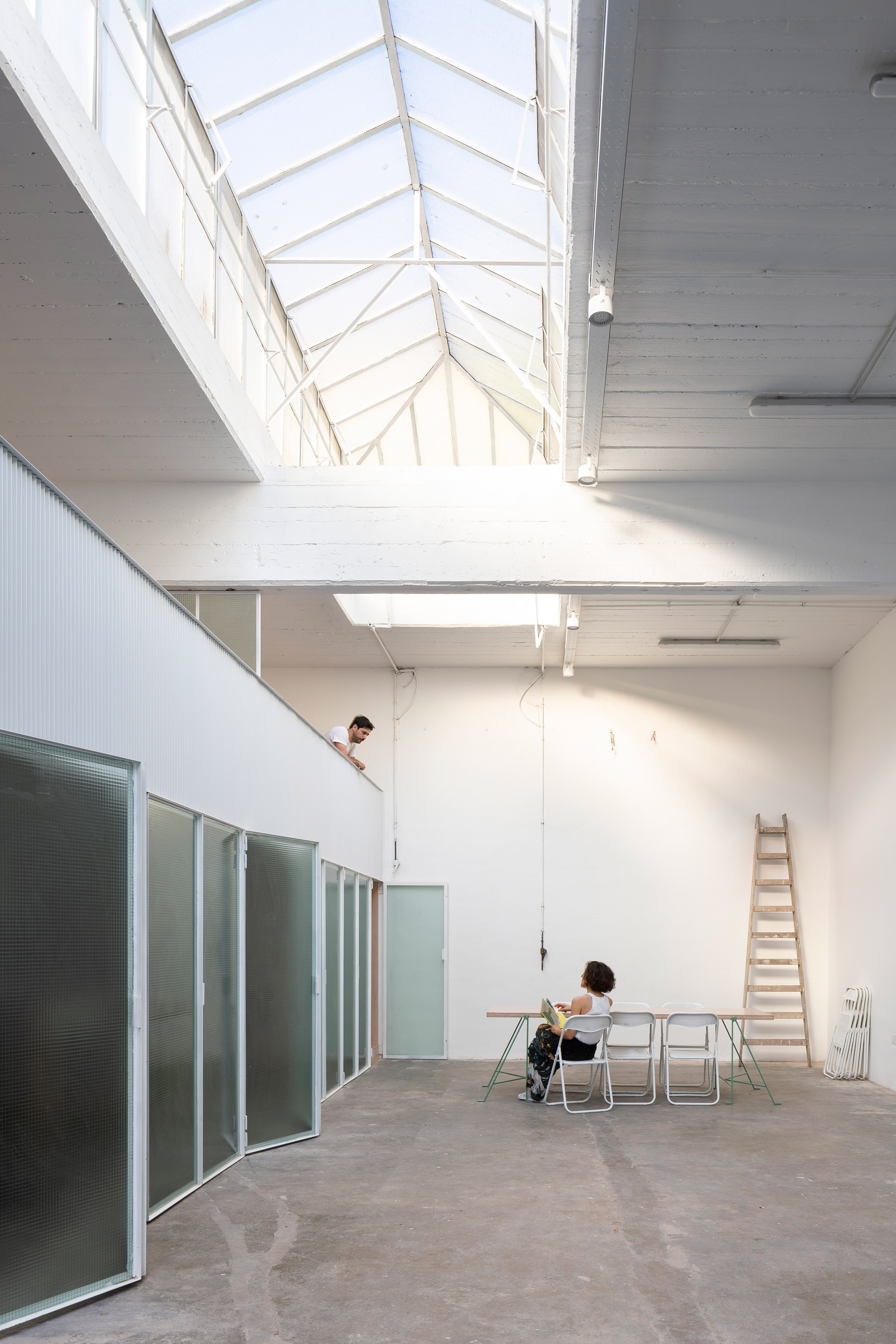 Estudio Nu had shared the Lerma workshop in the city’s Villa Crespo neighbourhood with an artist for years but wanted to update the facilities to accommodate more tenants. 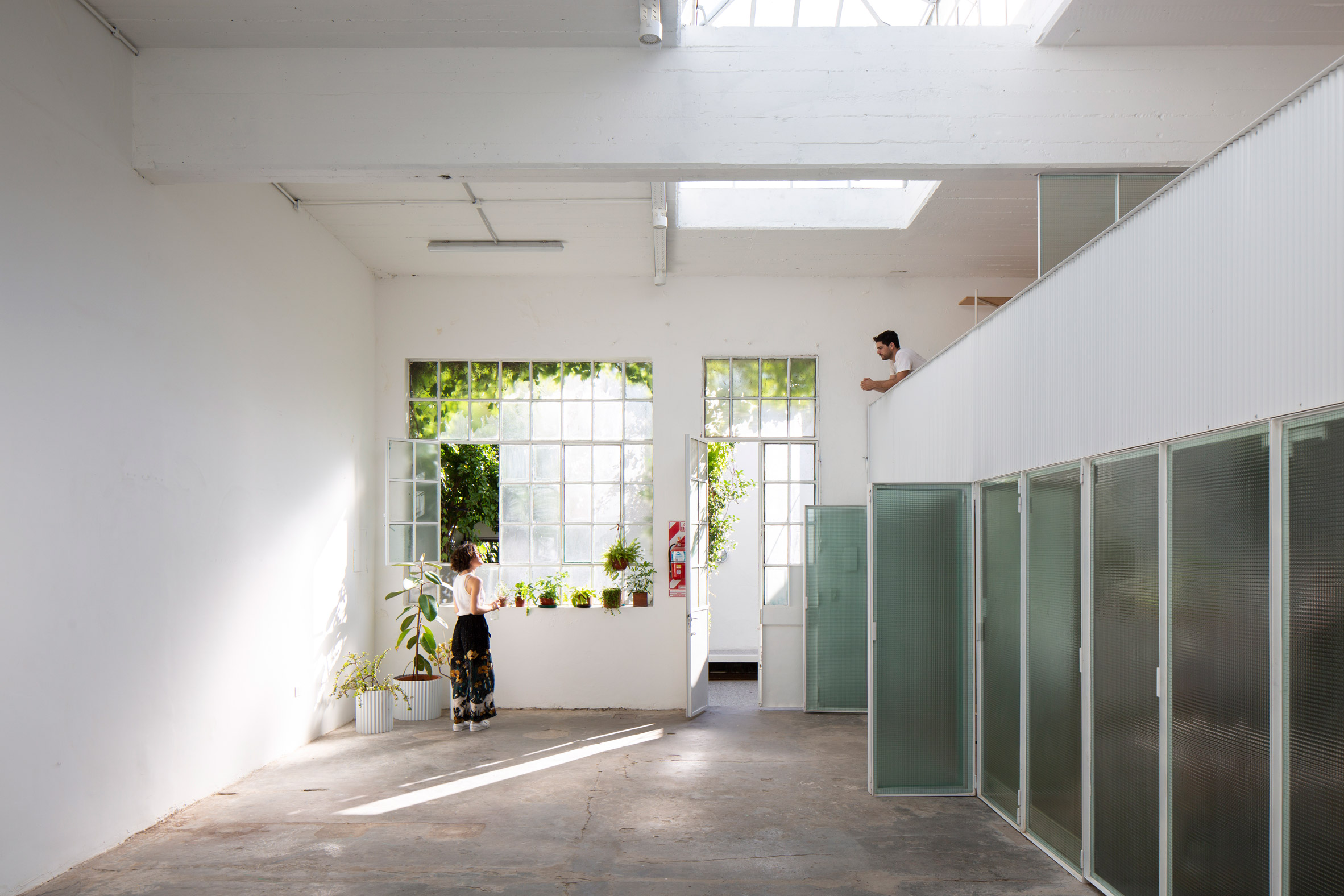 “Lerma started as our shed to design and try different shapes and techniques for our furniture collection,” studio co-founder Santiago Passalacqua told Dezeen.

“Now we still work there but we have extended the space so more projects can take place there.”

Passalacqua had inherited the space from his family. The architect’s great-grandfather, a mechanical engineer and inventor, built the studio and then his son had used it to make dental mechanics.

Estudio Nu’s renovation aimed to keep as much of the existing structure as possible like the thick structural beams and a long skylight that runs through the workshop.

To achieve this, it introduced a new metallic volume to run down one side of the 150-square-metre, to create a private workspace on the ground level and an open-air space above.

The studio chose translucent glass doors and partitions between the areas above to match the rooflight above. 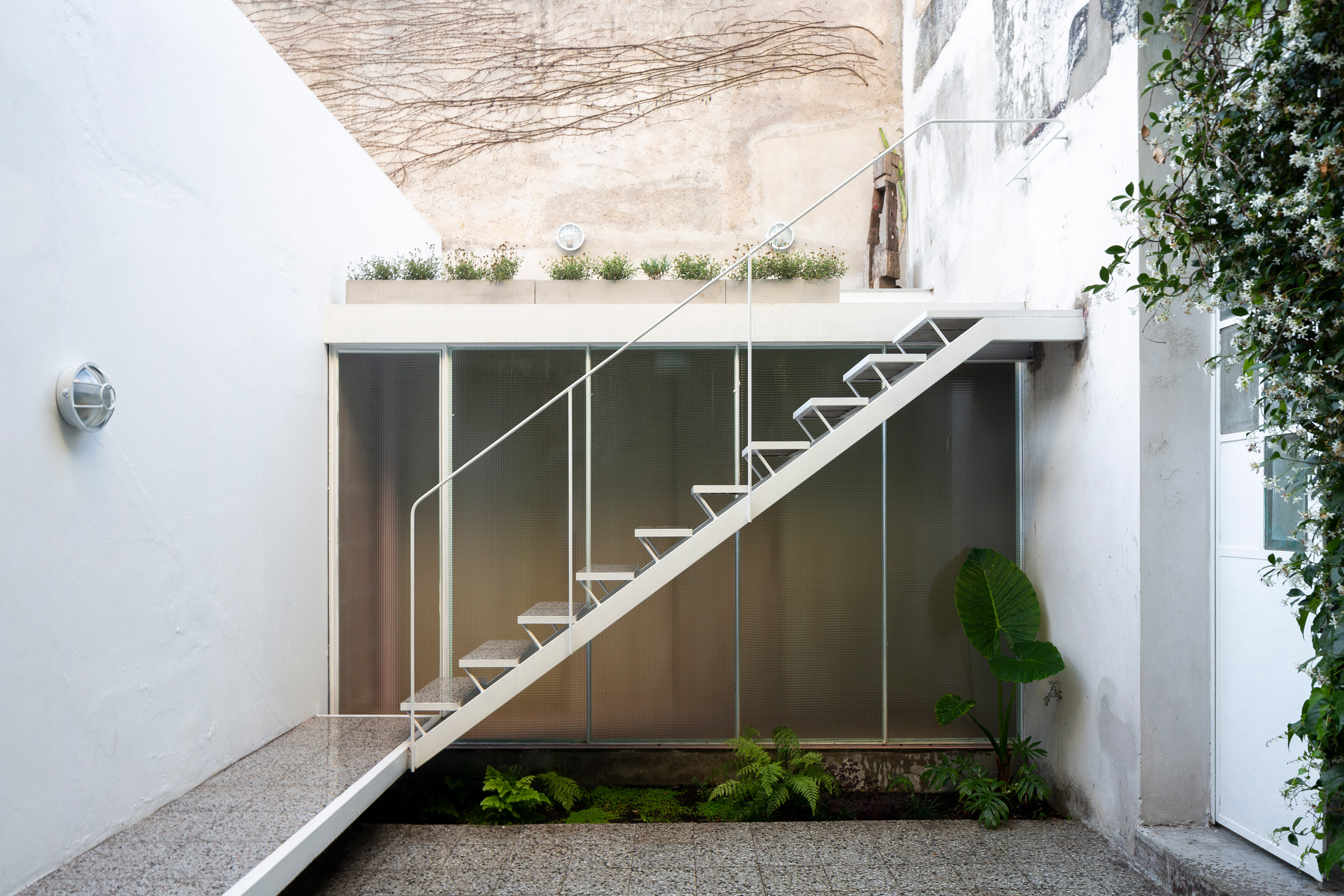 A large workshop, kitchen and bathroom are located on the ground level. A staircase is slotted between the kitchen and the workshop to lead up to the mezzanine, which contains three separate workspaces.

The main space is left open for overflow and group activities like ping pong. 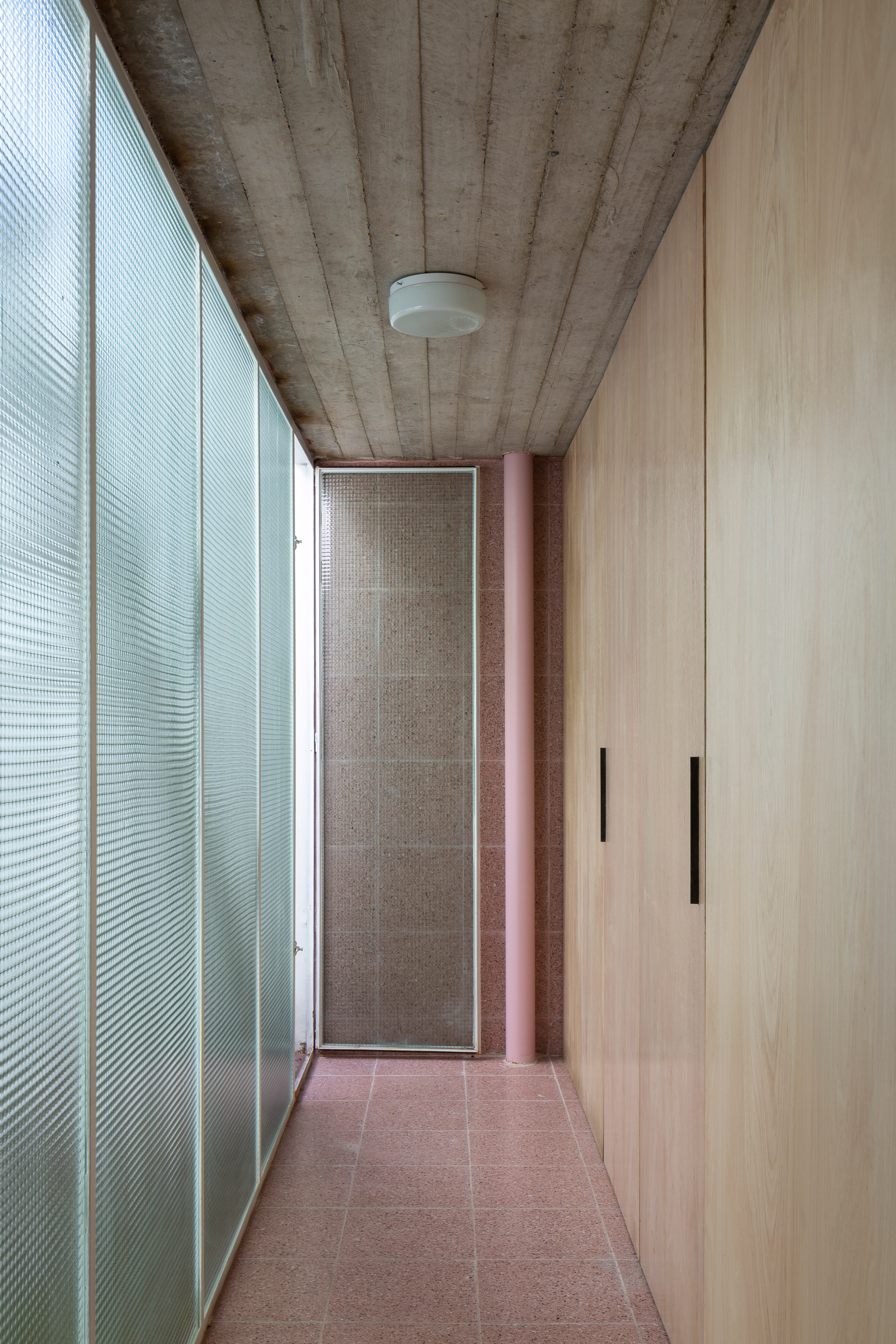 Estudio Nu chose materials to complement the simple aesthetic of white-painted walls and exposed concrete flooring inside. Many interventions such as the staircase, flooring and walls are made of pale wood.

Colour is introduced by the speckled pink kitchen tiles and bathroom tiles. They are intended to be reminiscent of the flooring in the courtyard at the front, which is decorated with greenery. 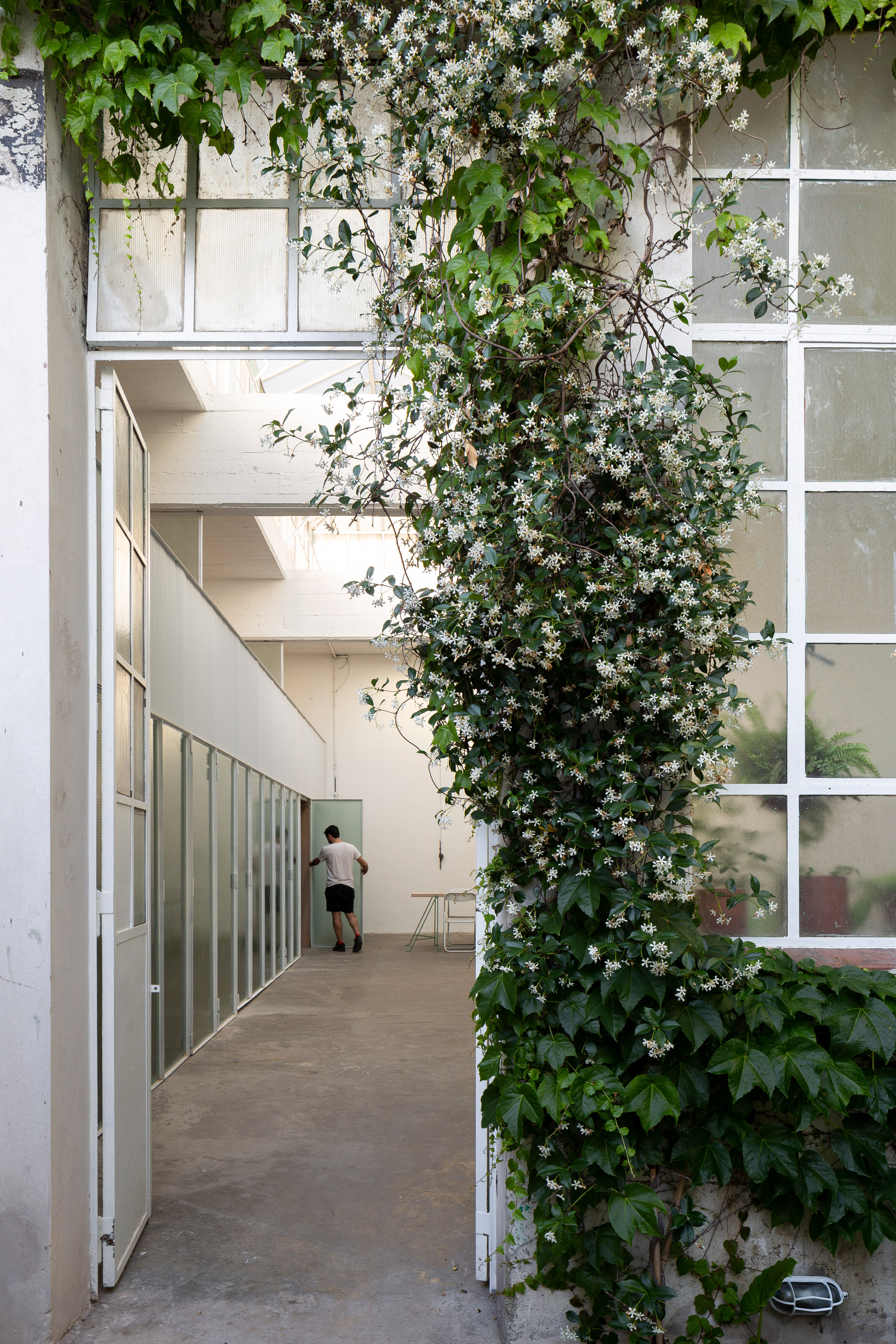 Lerma joins a number of workspaces that make use of old structures. Examples include the architecture office of AMAA, which is located in an abandoned plumbing factory and online design retailer Radnor’s studio inside The Old American Can Factory in Brooklyn.

Photography is by Javier Agustín Rojas.